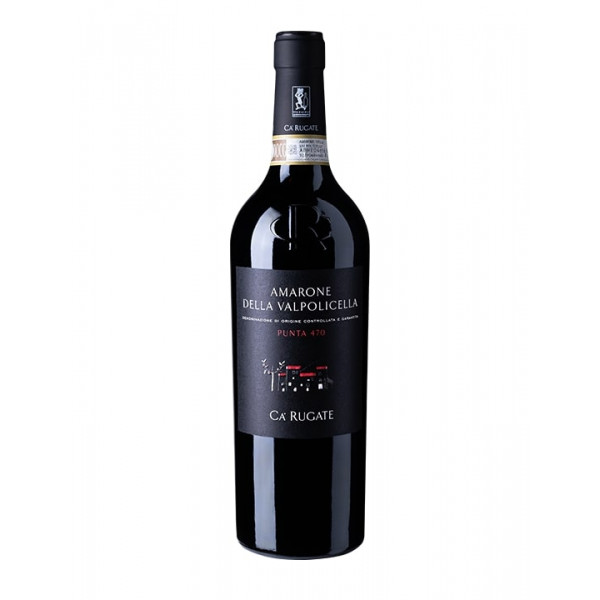 A family winery Ca’Rugate with the tradition of four generations is named after the nearby volcano, Rugate Hill. Wines from this winery for its traditional-innovative approach are known both locally and abroad. Ca’Rugate is dominating with its size and quality in 3 subregions of a Veneto region. Those subregions are Soave Classico, Valpolicella and Lessini Durello. Another priority is a focus on authenticity of the products, sustainability and biodiversity of the local and surrounding environment.

The winemakers from Veneto were looking for a way how to make from their relatively unmatured red wine grapes rather heavy. From a wine-drying on straw for several weeks, the material for heavy wine production with a high alcohol percentage (around 16 %), was gained. This wine was named Amarone.
Amarone from Ca'Rugate is a traditionally made cuvée  from Corvina, Corvinone and Rondinell grapes. Thanks to a modern approach of a wine-making, the wine doesn't feel that heavy as another Amarone. Deep ruby color, smell of concentrated cherries, cherries, currants, spices, chocolate, cocoa and noble wood. In the mouth full, powerful with tones of ripe concentrated grapes, with good acidity and soft tannin. Thanks to the modern concept of wine processing, it does not work as hard and alcoholic as many other Amarones.

A great wine, which is fed with distinctive meat, matured cheeses, stewed beef and grilled meat.

We recommend opening around 17 °C.